This evening the Manchester University Music Society's (MUMS) Symphony Orchestra gave a concert at their home base of the Cosmo Rodewald Concert Hall within The Martin Harris Centre, a part of the university centred around their original building on Oxford Road.

The evening started with the only piece out of the four with which I was familiar. Hector Berlioz's concert / fantasy overture "The Entrance Of Rob Roy McGregor"; which is, as it happens, one of my favouite Berlioz pieces. Written in 1831, Berlioz composed this straight off the back of his more famous 'Symphonie Fantastique', his orchestrations are more restrained here and yet, his thematic and programmatic writing a little more mature. The central duet between cor anglais and harp is just delightful. The work should bounce along, be light under foot and have air in which to breathe. I feel that under student conductor Katherine Stonham's directing, it started and continued a little too laboured and weighted. Stonham obviously understood the piece and had a good control of the orchestra and the intent of the composer, but I just felt that she didn't allow the piece to live and shine as I have heard it in previous renditions.

The second piece was by Bela Bartok. After Liszt, Bartok must be the second most famous composer to come out of Hungary, and his oeuvre is grand, and so one cannot possibly know all of it. The viola concerto which was performed this evening, was new to me. Researching the piece I find that the work was left incomplete on Bartok's death in 1945, and so was left to students, friends and family to piece the work together. However, since Bartok's scribblings were, perhaps complete, the order and fuller orchestrations thereof were very sketchy. This means there now exists more than one variation of the viola concerto. The most often played is a revised version of Tibor Serly's original completed score, undertaken by Bartok's son, Peter, and the musicians Nelson Dellamaggiore and Paul Neubauer. The work is played continuously without a break, despite it being in three "movements". It starts with a dark and broodingly aggressive allegro passage which mutates and softens to the second 'movement', a much shorter and quieter refective moment, before the third and final 'movement' kicks in with rustic and folk melodies interpolated one after another before a flourish and silence.

Playing the technically difficult viola solo this evening was a young alumnus of the university now carving his career as both a performer and composer, Dominic Skingle. His first instrument is the violin, and so the viola must have seemed a little large for him. His connection to the piece and his technique were excellent and he truly deserved the ovation he received this evening. He gave a short encore, the final movement to Hindemith's Sonata opus 25, no 1, which was a fast a furious flurry of notes played with alarming precision. Certainly an artist to look out for in future.

After the interval and we heard music by two contemporary composers, both of whom were in attendance this evening. The first of these was a piece called 'Ocean' by Yuhao Wu. The programme notes for this piece are, like the piece itself, minimalist. In their entirety, it states, "Four billion years ago on the earth, land was absent..." This morning I have tried to find out a little more about Wu and his composition, however all I can assume is that he is a current student of composition at the university The piece was a soundscape in minimalist style, devoid of melody, which pitced the brass instruments against the strings with only volume to dynamically create a change of mood or idea. The sound created a nightmarish and discordant vision of an earth covered in primeval goo.

The final piece of the concert, this time conducted by Robert Guy was the most challenging for the orchestra. Born in Barnsley, West Yorkshire, but now living in Northumberland, close to the Scottish border, John Casken is one of England's most prolific and well-known living composers, and has composed music in a vast array of styles from solo pieces to huge orchestral and vocal works. His influences are varied, but nature and poetry have always been big influences in his writing. This evening the piece being performed was the intiguingly titled 'Maharal Dreaming'. Without reading the programme notes my mind automatically thought of India (connected by Maharaja); but I find that in fact the Maharal of the title refers to the Jewish Teacher Rabbi Lev. My second anomoly came with the word, 'dreaming'. I was expecting a mellow, slow, soft and reflective piece of music... qualities which often go hand in glove with 'dreaming'. However, in reality this music was brash, fast, furious, and loud. Casken has based this symphonic fantasy on his first opera, 'Golem' (the Maharal of the title), and with swift and immediate changes in pitch, rhythm, and perhaps even key signatures, both Guy and the orchestra made this technically difficult piece look easy. The work does calm down in its short denouement; a much more reflective passage leading to a quiet and solemn, and also more melodic, final few notes.

Hearty congratulations to the whole orchestra, as well as four differnt conductors [Dexter Drown and James Gilbert took the baton in the middle two pieces] who managed adroitly with four very different pieces of music, making differing and strenuous demands on the players. I am not really a fan of contemporary clasical music, and the older I get, the more I look backwards not forwards musically. Therefore the second half of the concert this evening was not really to my taste at all, but the orchestra played both pieces excellently, and judging by the smiles on both of the composers' faces, they were also very pleased with them too; which must be by far the biggest and most important compliment. 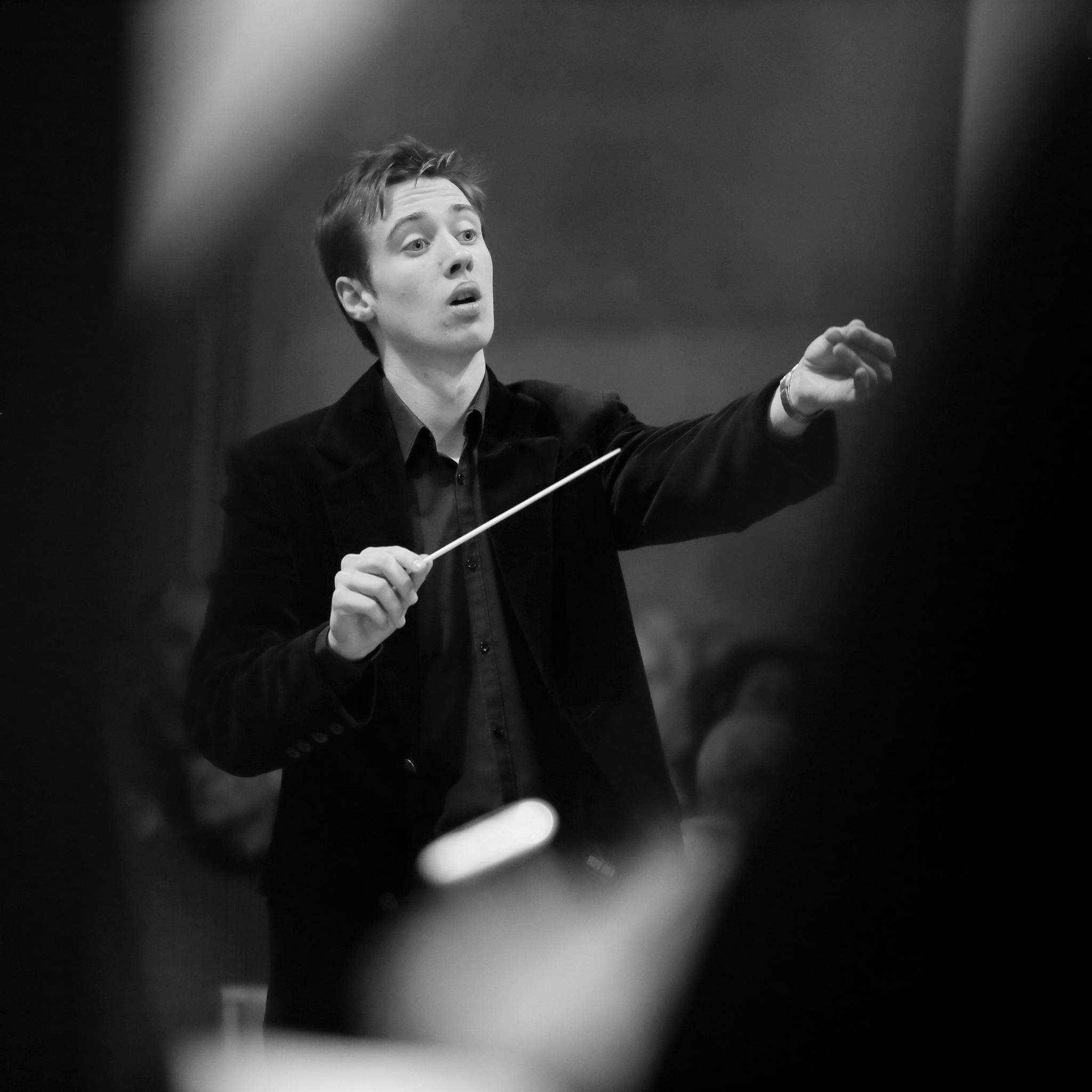