As the Artistic Director for MUMS, Robert Guy is in charge of a number of operations throughout the society. This includes leading the university's conducting program and overseeing the musical output of the Symphony Orchestra, Chamber Orchestras, String Orchestra, Wind Orchestra and Brass Band. 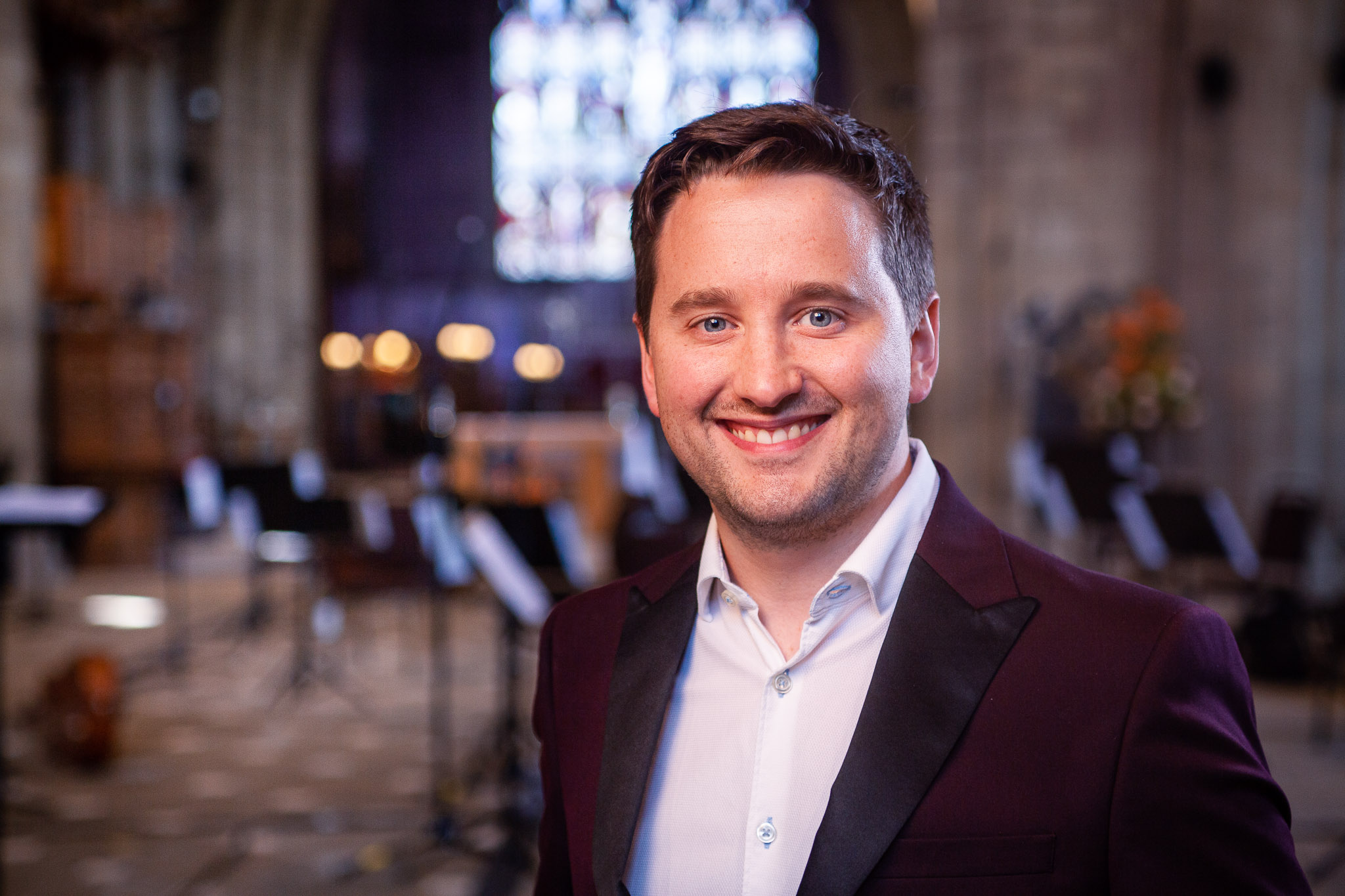 Robert hails from North Wales and is a conductor, concert presenter, artistic director and teacher with a breadth of communication and interpersonal skills. An advocate of new music, Robert has conducted 32 world premières which include working with the Orchestra of Opera North in Kevin Malone’s Violin Concerto and NEW Sinfonia in Rebecca Dale’sRequiem Materna and Paul Mealor’s Symphony No.2. He was selected by Kirill Karabits to work with the Britten Pears Orchestra in their Young Artists’ Programme.

Robert’s collaborative approach to building trust with musicians has been shaped by his early professional career as a viola player, where he notably played with the Royal Liverpool Philharmonic Orchestra, Orchestra of Opera North and alongside the Allegri and Edinburgh String Quartets.

As Artistic Director and co-founder of NEW Sinfonia, orchestra in residence at the North Wales International Music Festival, Robert has worked with leading soloists including Tamsin Waley Cohen, Federico Colli and Raphael Wallfisch and has led education workshops featured by the BBC. Robert leads an evolving partnership with Welsh National Opera in North Wales. He is grateful to the Arts Council of Wales for their support in his vision to create a partnership with Disability Arts Cymru.

As a guest conductor Robert works regularly with Manchester Camerata where he has performed with trumpet virtuoso Tine Thing Helseth, recorded for Sony Playstation and performed for Manchester International Festival.

Robert is proud to be Director of the University of Manchester’s elite undergraduate conducting programme, Head of Choral Programmes and Director of Ensembles. He has been involved in several prestigious projects including at the BBC Proms as Assistant Conductor to Simon Halsey and the BBCProms Youth Choir. At Huddersfield University he devised and now delivers twoBMus courses teaching and mentoring students with particular focus on equipping aspiring music teachers in directing ensembles.

Robert is currently Principal Guest Conductor to Stockport Symphony Orchestra where he has co-presented concerts with Lindsay Russell (Blue Peter) and is Principal Conductor to the Orchestra of Square Chapel. Frequently in demand as an empathetic and committed conductor of youth orchestras, Robert has been invited to conduct at APAC Orchestra Festival - Vietnam and has recently led projects for AMIS - Salzburg, Hailey bury Astana - Kazakhstan, NLCS - South Korea, Pro Corda at Cadogan Hall and the National Youth Orchestra of Wales

Robert is a proud former member of the National Youth Orchestra of Wales, Liverpool FC fan and earlier this year ran his first Peak District trail.